I’ve often walked under cathedral-like arches of ancient yew trees and wondered what stories they could tell. Their dense evergreen canopy means low light levels- adding an air of drama and mystery. It’s easy to let imagination run wild. No wonder the yew is linked to so many strange myths and legends.

Here’s my view of the yew walk at Melbourne Hall in Derbyshire on a cold January day a few weeks back. Almost a living sculpture. Hundreds of years of history captured in every twist and turn. I stood and marvelled at its strangeness and beauty.

Tony Hall, Manager at Kew, started on a quest to record our ancient yew trees after a visit to Devon where he found a huge male yew tree in a churchyard in Kenn. He was amazed by its immense size, and wondered just how many other trees there were like this. He set out to travel around Britain and Ireland in search of these venerable trees, and The Immortal Yew is the resulting book.

The book profiles 75 publicly-accessible yews, with details on their appearance, location, folklore and history, accompanied by 100 colour photographs. Each tree has its own story to tell- from fragmented, sprawling trunks, to ones you can sit inside. And there are some that have possibly inspired writers. 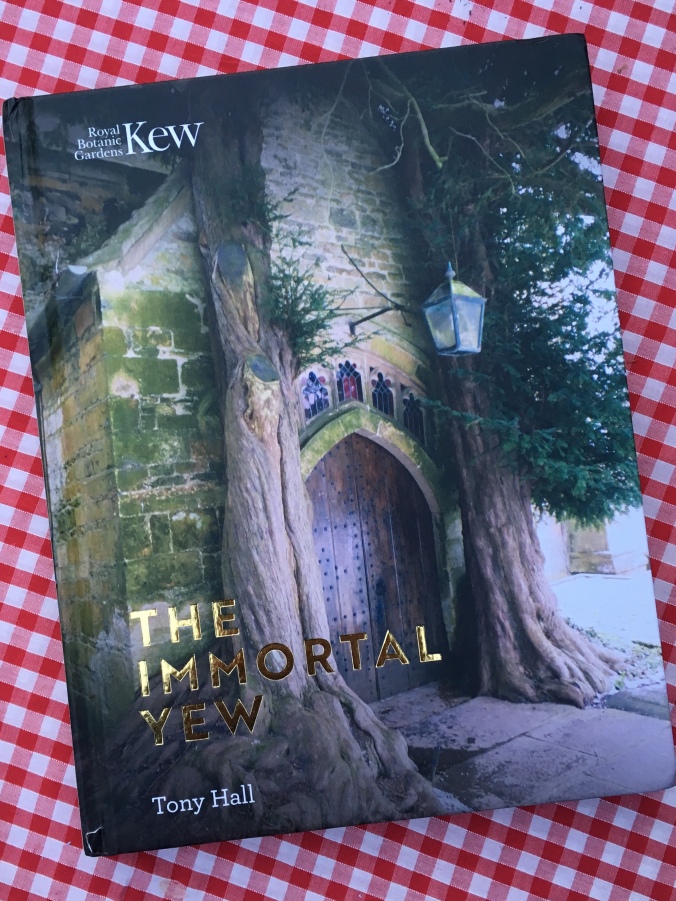 Author J.R.R. Tolkien is said to have found inspiration for the gateway to Moria in the Lord of the Rings from visiting the two guardian yews at Stow- on-the -Wold. The two yews flank the door at St Edward’s Church, like a pair of giant lion’s paws. Their photo makes a stunning cover picture for the book.

The Ankerwycke Yew near Wraysbury, Middlesex, is thought to be up to 2,500 years old, making it the oldest known tree on National Trust land. It’s possible the tree was the one under which the Magna Carta was agreed. And where Henry VIII courted the ill-fated Anne Boleyn. In 2002 it was chosen as one of the ’50 Great British Trees,’ to celebrate the Queen’s Golden Jubilee. Not far from the tree are the remains of St Mary’s Priory, a Benedictine convent built in the 12th century in the reign of Henry II. The yew would already have been a notable ancient landmark, substantially more than 1,000 years old, when the priory was built.

Much Marcle Yew, in St Bartholomew’s Church, Ledbury, Herefordshire has an unusual feature. The hollow interior is fitted with wooden benches which seat 12 people and were installed in the 18th century. The bulbous, fluted trunk has a circumference of over 9m. Some of the lower branches are still held up by old Victorian gas lamp columns.

A timeline highlights some key dates in the history of the yew. I have selected just a few of the dates which caught my attention. 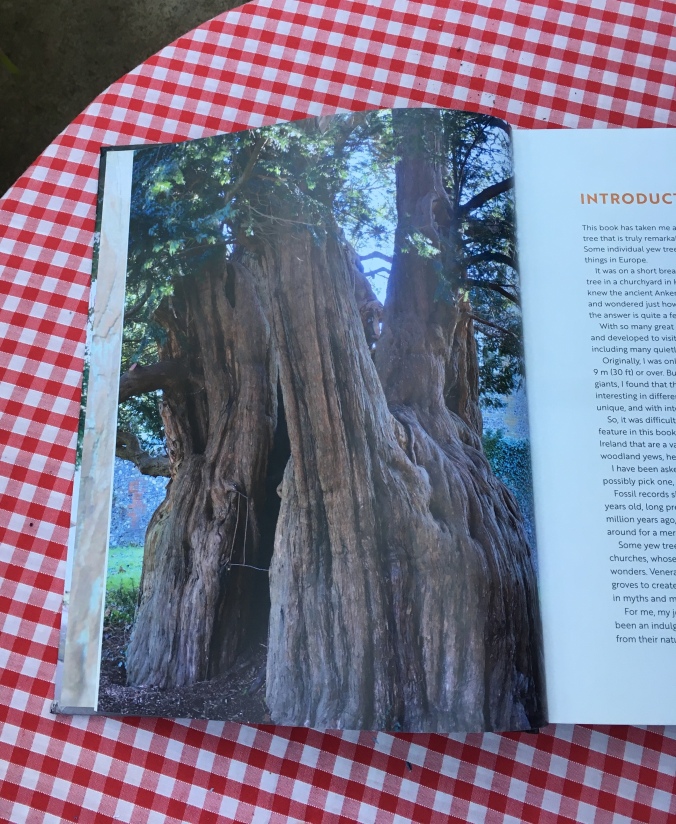 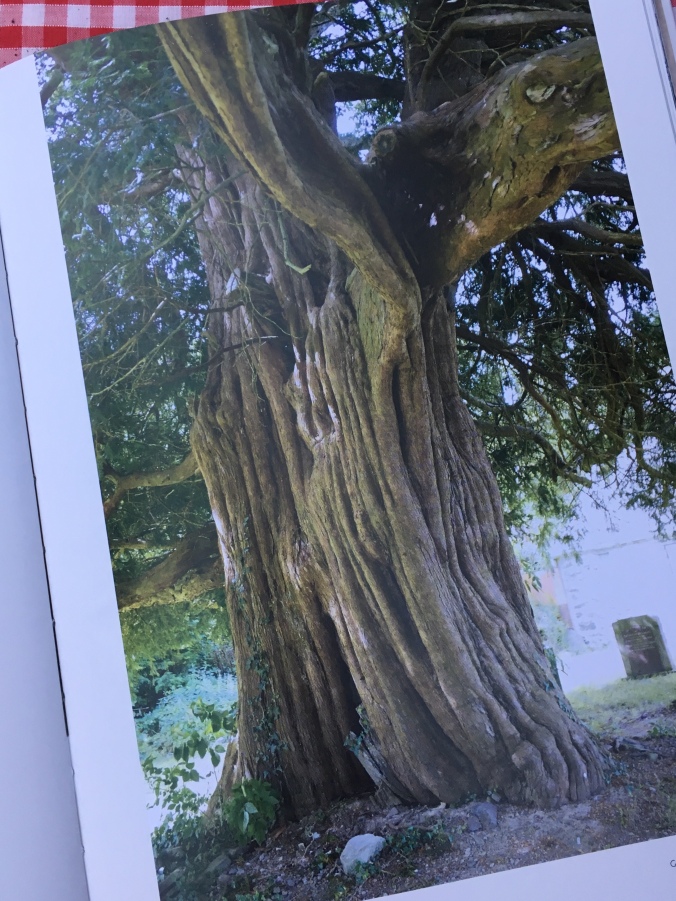 This book is a wonderful celebration of our native yew trees, and all the stories that go with them. It would be a fabulous starting point to a journey around Britain and Ireland. I for one would love to have the opportunity to visit these trees and stand and wonder at their beauty. Perhaps one day I will get the chance to set out on an grand tour. For now though, I’ll dip into Tony’s book and enjoy all the fascinating stories of mythology and folklore. It’s a journey into the past. And also, it would be interesting to see what scientists discover in the future, as I’m sure we haven’t learned all there is to know about these strange and much-valued trees.

Tony Hall is Manager of the Arboretum and Gardens at the Royal Botanic Gardens, Kew, where he has worked for the past 17 years. His fascination with natural history began at a young age. He has been working in horticulture for 40 years. Tony is author of Wild Plants of Southern Spain (Kew Publishing, 2017 ).

The publishers have one free copy to give away in a prize draw for readers of this blog. Please leave a comment below, by Sunday 27th Jan, to be included in the draw. The publisher’s decision is final and there is no cash alternative. UK and international entries are welcome.

Have you any favourite yew trees? I regularly visit Easton Walled Gardens near Grantham, where evidence of the Tudor-style walks and walls indicate there has been a garden on the site for at least 400 years. The yew tree tunnel is a much-photographed focal point of this historic restoration project started in 2001.