I am typing this one-handed. The other hand is wrapped around a tiny tabby kitten. Usually, this blog is all about my garden and what I’m growing. I share with you my trials and tribulations as I coax seedlings into growth, set them out and watch over them. Just about everything seems determined to munch on, peck at and generally stunt my treasured seedlings. Gardening certainly teaches patience. Well, this time I am nurturing a kitten. We have called him Monty. And the process is rather like growing a delicate seedling. It requires plenty of patience. He has been a heap of trouble! 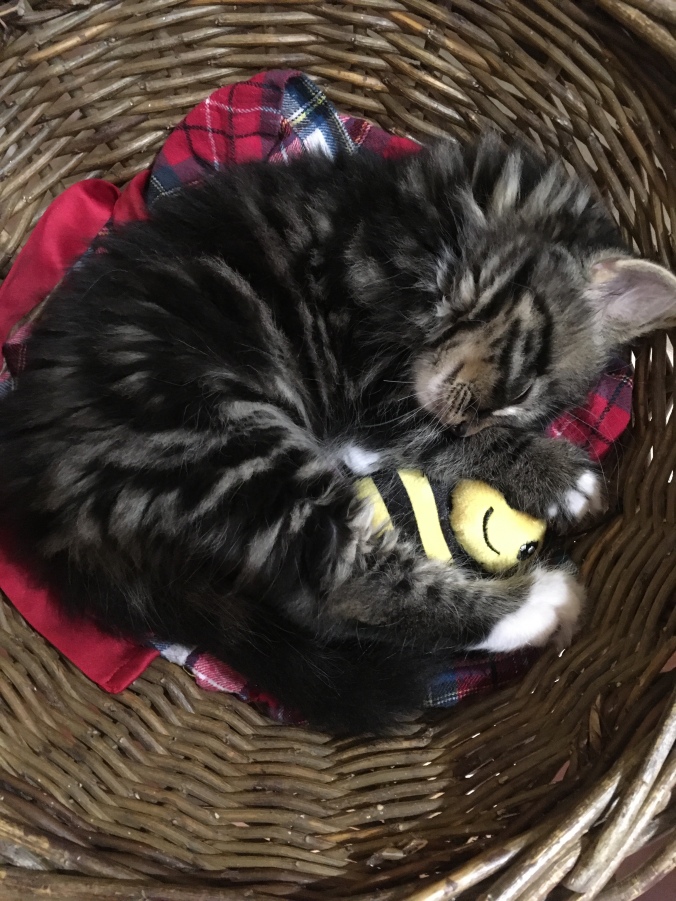 Monty had a life-threatening condition which wasn’t apparent until he arrived here. On his first morning, he was lively enough, but as the day wore on it was like watching a wind-up toy running out of power. He sort of wound down and stopped. I noticed he wasn’t eating anything, or using his litter tray. Luckily, I’d booked a vets appointment for vaccinations, but instead of getting his jabs he was put on a drip and given antibiotics. His problem turned out to be a blocked bowel. 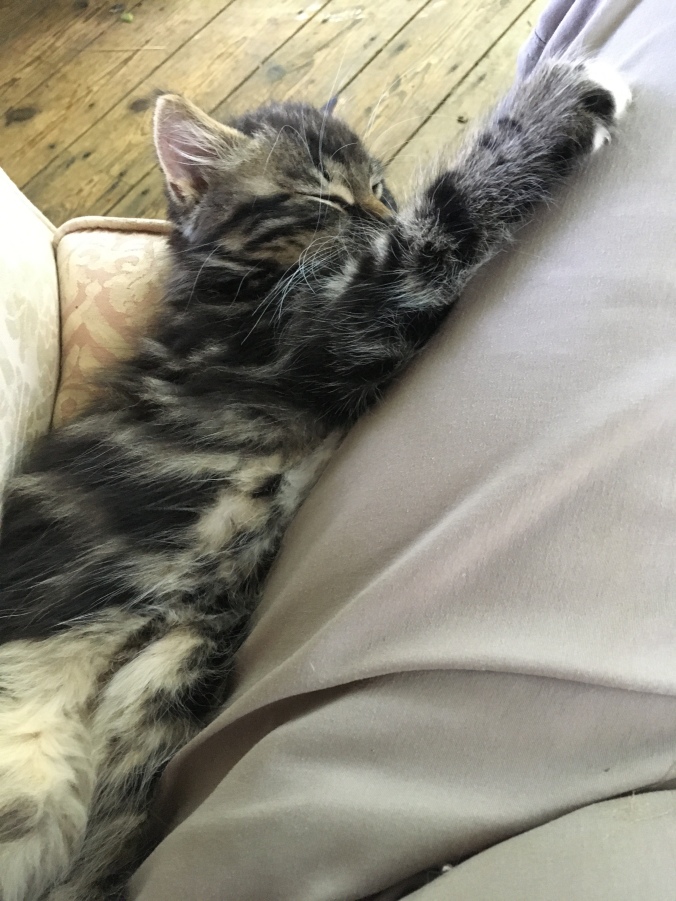 While he was with his mother, in a familiar place, with his siblings, he survived. The mother’s milk sustained him. But taken away from his mother and moved to a new home, he crashed. I had never heard of this happening before and the vets warned kittens can sometimes die unexpectedly. The owner wouldn’t have known anything was wrong, so there’s absolutely no criticism being made here.

The crisis spurred me into full-speed rescue mode. Special baby milk arrived from the vets, complete with little bottles and teats. Monty became so weak he couldn’t lap the milk, so I measured out tiny amounts, 10ml at a time, and tipped him on his back. It was a struggle. Every few hours, I’d boil the kettle and mix the powder into a paste and then into a liquid. Any little lumps, and he wouldn’t drink it. Too cold, he’d refuse. He wasn’t at all helpful in this campaign. But I was determined he would survive.

There’s been so much I’ve not been able to change these past five months, so many things out of my control. I’m used to being able to do something to make things better. With covid, I felt I could do little to make a difference. But when Monty came along, I put all my efforts into encouraging him to live – it was something positive to do.

Now, after a few weeks, he is lapping milk and starting to eat.

Prescription kitten mousse arrived from the vets. Tiny amounts offered on the tip of my finger, to start with. Then I tapped the edge of the plate to encourage him.

After all this nursing, back and forth to the vets for subcutaneous fluids, Monty, is starting to thrive and is gaining weight. He’s still on the baby milk, and I’m reading -and re-reading the ‘ kitten paediatric weaning’ leaflets given to me by the vets to work out how to move him on to dried food. I’ve realised that nothing is going to be easy. 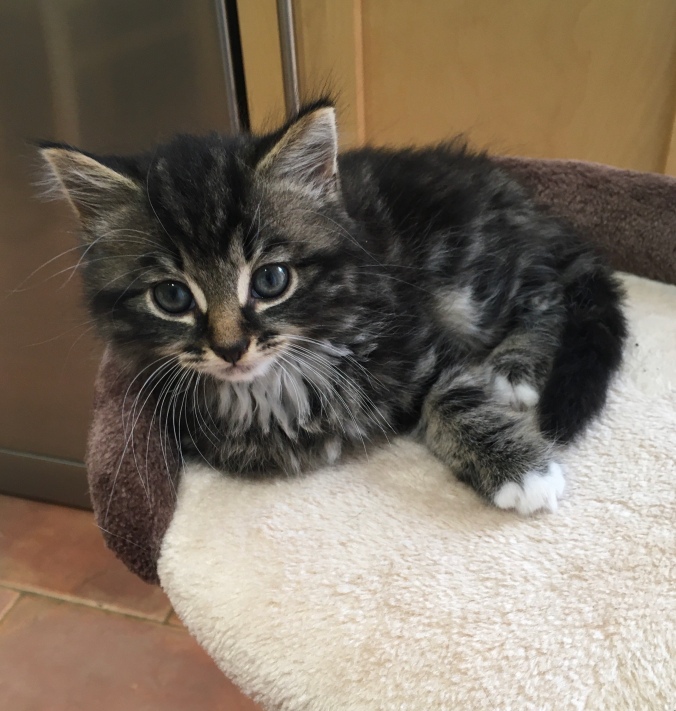 Carrying him around, and literally willing him to live, he is bonded to me now. I know all his funny little ways, and I expect he knows mine too.

He likes to lie down the side of the armchair in the summerhouse, rather than on my knee. He is somewhat squashed in, but I assume he feels safe there.

Monty has been as much trouble to nurture as a rare and exotic flower. But just as rewarding as anything I’ve ever ‘grown.’

I hope you’ve enjoyed this diversion from the usual tour of the garden. Have you ever had to nurture something as much as I have with Monty? Isn’t it rewarding – and exhausting. But so worthwhile. Thanks, as ever, for reading the blog and keeping in touch through these difficult times. It is much appreciated.